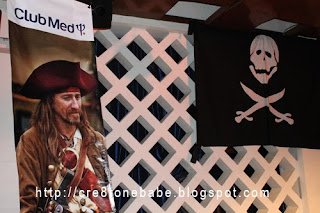 Club Med's having theme party every night,
They have selective dress code for dinner each night...
But they didn't pre-inform the dress code...
The guest will only know the dress code during breakfast time,
And we only got what we want to wear in our luggage....
So,
I guess basically it's more for the G.O.... 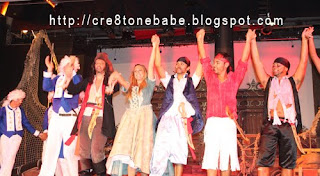 I'm the one who enjoy the show so much!~
Until dancing with them while watching.....
I love all the shows every night,
Especially the first night france dancing show!~
Daddy and mummy thinks the shows are so so only,
But they enjoy seeing my performance down the stage..

Oh ya!
They are having pirate night party on the beach,
Right after the show...
I think it's very interesting,
But me and kor kor are too tired to join,
Since it's too late at the night already..... 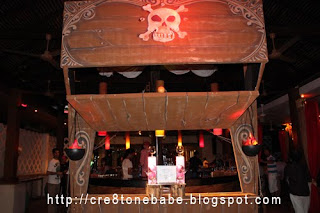 Looks how the bar tranforms into a pirate ship!~
Amazingly superb!~ 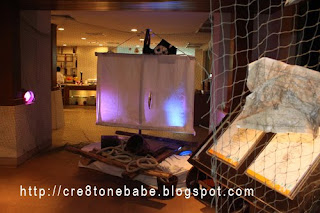 Simple yet beautiful decoration!~
I likey!~ 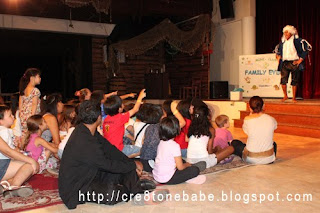 Not to forget,
They have family event before the show begins.......
What's so special about this performance?
Most of the time,
It's perform by the petit club or mini club's kids!~
All the parents will be busy snapping,
Photos of their kids on the stage!~

I can tell you,
The G.O.s are doing a great job,
In guiding the kids to perform on the stage.....
With short time practicing,
They can perform so well!~
The kids are really super!~
Posted by cre8tone at 6:48 PM